This post is part of the “In Their Own Words: Reform Champions Speak About Incentives for Fiscal Openness” series. The original interview was conducted in 2015 as part of a Global Initiative for Fiscal Transparency (GIFT) and International Budget Partnership (IBP) research project. Read more posts from the series here. 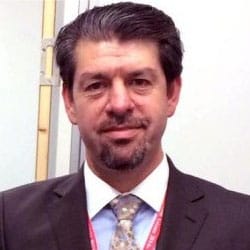 Dr. Mustafa Mastoor has been Deputy Minister at the Ministry of Finance of Afghanistan since 2008. Previously, Dr. Mastoor served as Director General for Budget in the same ministry. In these functions, he has promoted a series of budget transparency reforms that resulted in impressive improvements in Afghanistan’s Open Budget Index score.

In this interview with Paolo de Renzio, Senior Research Fellow at the International Budget Partnership, Dr. Mastoor reflects on Afghanistan’s budget transparency reforms trajectory, and the challenges encountered along the way.

What were the fiscal openness reforms that were introduced in Afghanistan, and what was their impact?

Fiscal transparency and openness reforms in Afghanistan date back to the Constitution of 2002 and to the PFM [Public Finance Management] law and regulations that were introduced in 2004/5. Those provided the basis for the reforms we started introducing shortly after I joined the Ministry of Finance as Director General for Budget in 2005. The situation was not very encouraging. Budget reporting was very fragmented and often delayed — information from the provinces came by post and had to be re-entered at the central level — and it was difficult to find complete and accurate budget information. Large amounts of donor-managed funding (on-budget as well as off-budget) complicated the picture, meaning that a large share of the budget was effectively managed by expatriates. We therefore set out to ensure that: 1) responsibility for managing budgets was handed over to Afghan officials; 2) the quality and accessibility of information in the budget documents improved, so that line ministries, donors, Members of Parliament, and civil society could better understand what was happening with public money; and 3) technology was utilized to improve access to budget information.

“The information we were providing was not understandable even by ourselves. If you are not able to interpret budget information yourself, how can you ensure that it is accessible and user-friendly for others?”

At the beginning, demand for budget information was limited to line ministries and donors. More recently, as we started publishing more documents routinely, including budget proposals, financial statements, audit reports, and the Citizens Budget, we are seeing more interest coming from other actors as well, including civil society organizations.

Of course we also faced important challenges. While the legislative framework was favorable to transparency, the capacity of various actors to effectively use budget information was weak, which meant we were often faced with questions that showed that people did not really understand how to read a budget document. In some cases, budget information has been misused for political reasons, causing problems for the government. We have therefore learned that a clear and effective communication strategy is very important.

What were the key factors that shaped government incentives in adopting and sustaining these fiscal openness reforms?

First of all you should understand that we interpreted transparency and openness as a way to provide clarity to different actors, including other parts of government, about the availability of public financing for various services and activities. Secondly, transparency was important for us to argue with donors in favor of providing foreign aid as budget support. And donors wanted to make sure that the budget was transparent, so that they could see where resources were going. Recent improvements did in fact convince many donors — especially bilateral ones, as multilaterals were already on board — to provide more resources through the government budget, or to provide us with better information on their spending.

“We rarely faced questions from civil society. Sometimes questions came from the media, but mainly from parliament and sometimes unions or interest groups.”

Parliament has been the source of most demand for budget information. In presidential systems like ours, parliament has a particular interest in double-checking what the executive branch does with public resources. Usually, requests from parliament were related to such information as allocations to specific constituencies. In general terms, we did not face political hurdles and significant resistance to transparency reforms. The resistance was mostly bureaucratic and related to changing systems and practices, rather than to transparency per se.

“In our case, transparency reforms were spearheaded by technicians in the Ministry of Finance, based on conviction that transparency can be helpful in many ways, and responds to the needs of different clients.”

International assessment tools like the Open Budget Survey and the PEFA methodology were also useful for us to understand global norms and standards, and see what we could do to improve, even though clearly each country context has its own characteristics, and in certain ways various tools could be made more complementary. Our recent up-and-down performance on the Open Budget Index might be a signal that we need to do more to institutionalize our reforms — for example through legal reforms — rather than promote ad hoc improvements.

What is the role that international initiatives like GIFT could play in promoting fiscal openness?

I think that the most important role for GIFT is still that of advancing international norms and standards around fiscal openness, while at the same time recognizing the peculiarities of each country. GIFT should work on norms that are general enough to accommodate differences in country contexts.

Two other areas that deserve GIFT’s attention are building the capacity of civil society organizations to make effective use of budget information — in order to put further pressure on governments to open up budgets — and promoting the use of new, “proper” technologies that can facilitate access to fiscal information and promote accountability.