What does a ‘culture of storytelling’ mean for nonprofits? 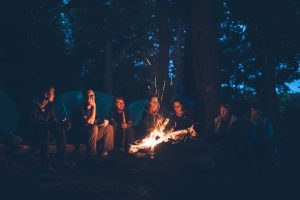 “We need to tell stories” is a common refrain today in the field of nonprofit and even commercial communications. But as I’ve listened to the conversation in board rooms to team meetings, one of my primary observations is that the word “story,” along with what subjects lend themselves to it and who can tell it, is widely misunderstood.

In my career as a storyteller, my mission has been to help people and organizations discover the power of stories in their own context. IBP has experimented with this a bit over the years but decided to make storytelling a priority in its global strategy for the organization in late 2018. Thanks to support from the Hewlett Foundation, IBP also had the resources to embark on a journey with staff and partners, seeking to better communicate the human impact of our work.

The end of chapter one of this journey resulted in a new storytelling platform. And since we’re a learning organization with a mission to promote peer exchange, we want to share some lessons learned.

A good place to start is to dispel the widely held myths around what a story is, is not, and what does and does not make one effective:

Myth: A story is pretty much any shareable content that highlights a challenge and/or success. And that’s if the speaker can define the term at all. There are three defining characteristics of a story, as used in this context:

Myth: Stories are nice to have but are also sort of a gimmick. Actually, research using magnetic resonance imaging shows that when exposed to character-driven stories, more sectors of the brain “light up” (in other words, become engaged) than other types of more academic content. That makes them more memorable.

Myth: Stories are told when success is achieved and, in our work, that often requires years. There are many ways to define success. Sure, the ultimate achievement is a policy change, release of public money for a priority service, etc. But along the way, there are the small victories: the smallholder farmers who had never before attempted to express their views to county officials who now speak at a public hearing, or manual scavengers that can now understand and talk to government officials about their country’s budget. These are all significant. When other milestones come, the story can be refreshed. One other point: Yes, our work often is “two steps forward, one step back.” Make that part of the story! Donors and other supporters need to understand that there will be losses and lessons learned along the way. Any advocacy work is inherently messy and we can’t afford to lose funders and participants when one attempt fails.

Myth: Some work just doesn’t lend itself to human stories. I heard this a lot when I first joined IBP. After all, we focus on a) budgets, not exactly the “sexiest” topic (at least, that is the popular thinking) and b) we aren’t always directly involved in ultimate outcomes. I will answer the first part of the myth with this quote from Philip Gerard, writing in a guide for journalists: “A budget is an expression of philosophy and ideas: Battle tanks or famine relief? Affordable housing or a new sports stadium? A special-education teacher or another administrator? You just have to practice teasing out its inherent drama.” Isn’t that what we are ultimately all about—helping others see the drama and thus the importance in government budgets? . As for b, connecting the global work of IBP to ultimate benefits at the community level is merely a matter of “following the trail”—and, in fact, we must be able to do that. If we cannot, then the very point of our existence is questionable.

These myths are based on legitimate concerns and deserve organization-wide discussion, particularly since staff at all levels should be enlisted to be on the watch for story material. In addition to the issues listed above, it’s important to consider why you want to share a particular story and to whom. The answers to those questions will determine the points to emphasize.

We’d like to know how we did in following our own guidelines for effective storytelling. Check out the new IBP story portal and leave your comments!