You are viewing the Indonesian translation of this post. View the English version here.

By IBP, essays from the Annual Report 2014

Slogan IBP is “Open Budgets. Transform Lives (Budget Open. Change the Life.” We believe that if citizens have access to budget information and opportunities to participate in the budget process, they can be more involved with their government and demanding that the government is responsible for management of resources public power belongs to them. In the end, this can produce a better budget and better service delivery to improve lives.

Work at the state level that we did test this theory by providing in-depth and sustained support to the efforts of certain CSOs to influence government budget in three pilot countries: South Africa, Kenya, and India. We learned a lot about bridging the gap between the budget open and change the lives of our early work in South Africa. We watched here. 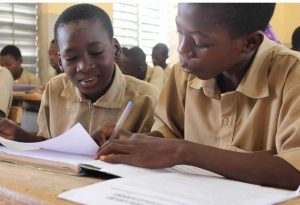 State-owned IBP strategy in South Africa to provide support to the two campaigns: Efforts Social Justice Coalition (SJC / Coalition for Social Justice) to improve the provision of sanitation in informal settlements in the Western Cape Province; and campaign Equal Education (Education Equals) to improve the provision of school infrastructure in the Eastern Cape province. Our work over the past year show that the formula IBP in working through the budget open to possible life changing is possible in South Africa, but there are many things to learn about how this works in practice.

First of all, the citizens, especially the poor, are usually not interested in budget data. Those interested in the transparency of the budget only when giving them information that directly affect their lives, such as school sanitation or infrastructure; where in such circumstances be a powerful tool in their efforts to transform their lives. For example, budget information indicates that the government Cape Town using funds less than a quarter of what they should be used for sanitation in the settlements illegal, so this information may become very strong evidence to support the court case against the city as well as the delivery of the draft budget to the commission’s financial city council to year 2015/2016.

Often information is not available Information You Need

This experience has led us to conclude that the transparency of the budget should not be defined according to the government’s perspective, but from the perspective of citizens who strive for government accountability. Therefore, we assign the Open Budget Survey “from the bottom up.” Instead of starting from best practices globally about what information should be issued by the government, as was done by the Open Budget Survey, a survey by the approach from the bottom to the top which we conduct began by asking budget information what is needed by citizens to sue the government accountable particular problem. This survey seeks to describe all the decisions and processes that affect the public finances of certain services, ranging from tax to the purchase of the bathroom door, and everything in between. Furthermore, a survey by the bottom-up approach incorporates all budget information made by the government about every decision and process. Finally, this survey shows just how much of this information is published.

We have completed two surveys with a bottom-up approach, ie one and a sanitary survey to another survey for school infrastructure. Both showed that the transparency of the government’s budget that proactively provide most, but not all, the information required by citizens to demand government accountability. For example, the government passed the data to the public showing that the grant for school infrastructure too few in number, but the data do not indicate how much money is available an independent contractor to provide infrastructure at a particular school. Open Budget Survey uses a bottom-up approach is a means which can produce evidence of information gaps that could play an important role in negotiating with the government budget transparency which is more useful for color state.

Having Accountability is impossible without “Secret Sauce”

The second important lesson learned from our work in South Africa is that the lack of citizen participation can not be overcome by making laws. Government involvement is important to have a meaning which is extremely important for our campaign, and South Africa have laws and policies that ekstenksif to guide and enforce participation in the budget process, especially at the government level.

However, some governments and legislative bodies tend to implement this legislation explicit, rather than implicit. For example, the local government issued an appeal in writing to the submission in writing. Not surprisingly, they only get submissions from business interests that could respond in this way. It fulfills what is written on the participation clause in the Law on Urban System. But beyond that, very little is done to encourage the participation of the poor and marginalized – namely society that should be protected by implicit in the legislation.

Initial findings to three of our experience in South Africa is that, although the targeted access to specific budget information can help transform lives, “secret sauce” is still the citizens and the institutions that regulate them and collect their interests. Just because the SJC creates the ordinary citizens managed to remain consistent (six years now) and provide effective emphasis on the problem of sanitation in Cape Town. Although IBP might have provided analysis and advocacy support to the secretariat of the SJC, is SJC which has trained 60 community activists were each busy train a large number of local residents about the ins and outs of sanitation budget and service delivery mechanisms in the city. The number of people trained recur it would be able to monitor and put pressure on the contractor and area managers who provide services at the local level bile damaged sanitation services.

In addition to their ability to organize local residents and gather their problems, CSOs also play an extremely important role in building vertical and horizontal relationships needed for this campaign was ultimately successful. The new relationship established between Equal Education with the Provincial Parliamentary Finance Committee, and a sanitation investigation initiated by the SJC in Cape Town by the Commission on Human Rights, can be extremely important for the success of this campaign.

It’s too early for our work in South Africa for comment on the implications of our overall theory of change. But if we were able to convince the South African government to extend the publication of budget data and service delivery sub-national as well as open space secararesmi for the perpetrators of the non government to monitor the implementation of the budget, the partners we could have a very strong position to improve the quality of life of the poorest. Whatever the outcome, we will learn in the next four years on the link between the budget open and life changing.